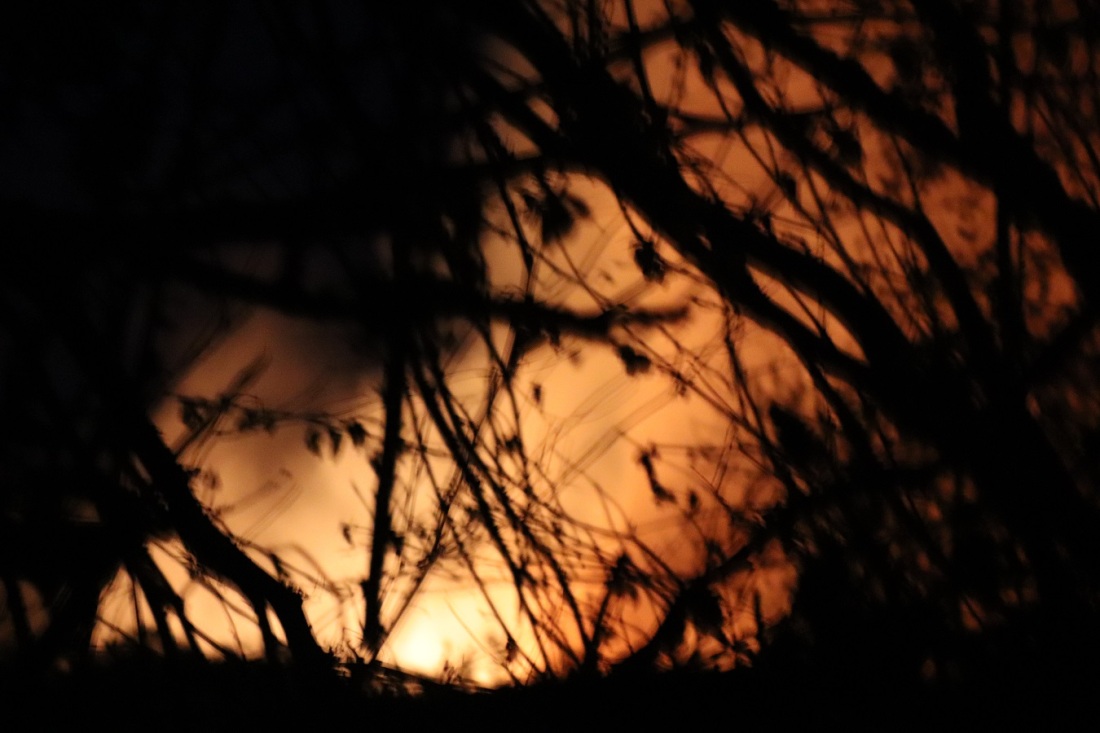 One evening I saw a bog fire that was down the road from my home. I got very excited to go there to take a look at it and take some photographs of it.

The fire looked very nice as I took photographs of it surrounded by trees and bushes.

I also decided to look at the flames and smoke going up in different shapes.

The next morning after the bog fire I went down the road again to see what the fields looked like.

While I’m still in self quarantine I went out into the garden to look for buds on trees and plants for the past few days. I found some very nice buds to post on this blog.

This is a collage of the same buds at different angels.

I’m giving you lots of photos to enjoy looking at because of Lockdown.

I have been staying at home for three weeks now. I didn’t go to places away from home to take photos. Today I went out into my garden with my camera to take photos of leaves and flowers during springtime. Photography is helping me to get through self isolation.

During the weeks of self isolation we decided to put up a poly tunnel so we can plant vegetables.

This is a weaved willow fence.

I often go outside to play with my cats and I wash my hands afterwards.

I saw lots of daffodils in my garden today.

Due to the Coronavirus Pandemic I had my 21st birthday party during the time when Ireland is on lockdown to fight the virus. I got some lovely presents as a surprise because I thought that I wasn’t going to get any presents.

I got a lovely knitted blanket from mum which matches the wallpaper in my room. I can sit with the blanket wrapped around me when I’m watching films.

I also got six pairs of socks.

I had a tournament with a memory game from IKEA called Lattjo with my family.

For my dinner I ate homemade pizza and it was very tasty.

In the evening I watched a few episodes of Doctor Who on the projector we have recently bought on Amazon. It has a bigger screen then on a TV and it is also better for my eyes.

Another place that I have visited during my holiday in Cork was the Butter Museum. It was very interesting to look at all the objects used to make butter.

I saw some butter churns, boxes and prints.

Here are the butter boxes. They have information on where they came from

Here are the boxes that are used to store the butter.

I liked all the butter prints. Here are my two favourite prints.

When I was on my holiday in Cork I visited a heritage centre called Cork City Gaol. While I was in the Gaol I saw models of prisoners that were locked up in cells in the 19th and early 20th Century.

In the west wing there was a warder who kept an eye on all the areas. There are two original cell wings on the left and right sides of the great circular drum Gallery.

The man on his knees was called Thomas Raile. He had a four month sentence because he stole books and other articles. He is praying with a protestant called Chaplain Rev Nelligan.

This is a cell to try out to see what it is like to be a prisoner. Thankfully I didn’t get locked up in there.

This is James Burns alias Henry White. He was sentenced for six months because he conned a number of shop owners into delivering a set of new clothes and a fine leather luggage to a hotel. He attempted to flee cork before the bill was paid. He got caught just before the 10.10 train was going to leave for Dublin and he got arrested with the goods.

Here is 16 year old Mary-Ann Twohig who gave birth to her son in the Gaol hospital just one month into her two month sentence. She stole a mans cloth cap with some other clothing and kitchen utensils.

Mary McDonnell was a prisoner for neglecting her children and for beating one of them while she was drunk. She was sentenced for one month while her children were sent to the workhouse.

Here is Countless Markievicz. She was sentenced for four months for delivering a seditious speech at Newmarket. she warned her audience against British authorities. In the Cell she is writing a letter to her sister about her cell conditions.

This is 10 year old Julia Twomney sitting on her cell floor. She was sentenced for 14 days for attempting to steal a bellows from a shop on Georges Qauy.

Edward O’Brien was sentenced for three weeks because he stole a couple of brass ball cocks. He had twice-weekly whippings.

Dr Beamish treated 80 to 100 sick patients who were admitted to goal hospital each year. The diseases were typhus fever and smallpox. He is standing there with his medical bag in his hand. A Gaol warden accompanied him.

Governor John Barry-Murphy sat at his desk writting his papers in The Governors office. He Governed in there between 1856 and 1873.

The Gaol became home to Cork’s first radio station called Cork 6CK a few years after it closed in 1923. 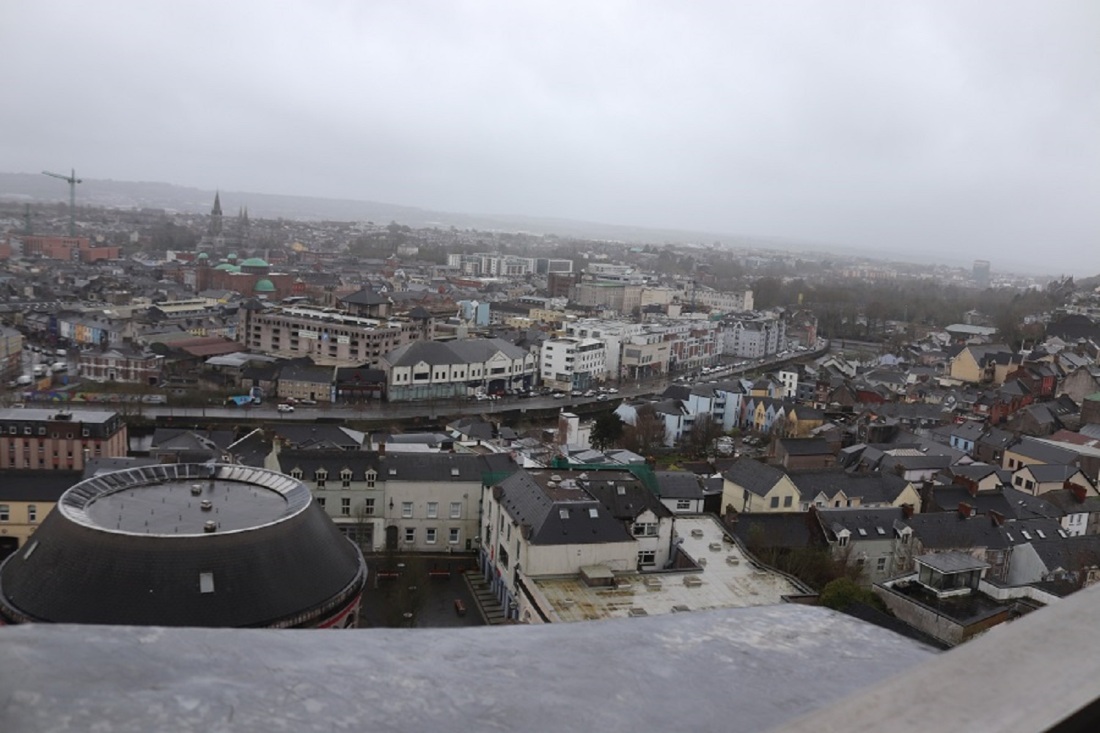 I recently went on a holiday to Cork City for one weekend. It was my very first time to Cork as well. While I was there I visited some attractive places.

First when I explored the city I got some photos around the city of Beautiful Architectural Buildings.

In Fitzgerald Park I saw shoes hanging in trees, a large ponds with some ducks and a fountain.

When I visited Cork Public Museum to take a tour around the exhibitions I was allowed to take some photos without flash mode on. The most interesting object I saw in the museum is the gypsy Wagen.

I visited Shandon Bells and tower at St Anne’s church. I had to wear ear defenders for this tour as the loud ringing bell could damage my hearing. To get to the top of the tower I went up a very narrow stairs. Once I reached the top I could see views of cork city from all around.

During Christmas time I had lots of fun building cardboard 3D houses from Tiny Ireland that were made in West Cork. When all the houses were put together I decided to go outside to take photographs of the houses in beautiful spots in the garden.

As I took the photos I had my camera screen tilted upwards to get some good shots.

When I saw a hill of sand I decided to line up all the houses up there and get some photographs of them. It looks more like Wales than Ireland as it looks like the houses are on top of a mountain.

Today I went outside for another photography session on Autumn leaves changing colours. I looked around the whole garden for the best colour change of leaves on different bushes and trees. I have found lots of leaves that are beautifully coloured from green to brown, orange, red and yellow.

This photograph is a whole area of bushes and trees which I looked for beautiful leaves.

Today my two cats were hiding underneath a beautiful tree because it was raining and they don’t like getting wet. I took photos of them as they were sitting there getting dry. I like spending some time with them outside.